When some ratio has a limit in an “indeterminate form”, in that

under certain conditions. And if at first you don’t succeed, try, try again: when is also in indeterminate form, you can differentiate as many times as needed.

As an aside, if we suppose that and can be approximated as Taylor series near , one can easily find that

While I have occasionally run into cases where multiple applications of L’Hopital’s rule are needed, the other day1by which I mean 7 years ago… I am a bit slow at updating this blog I was struck by a situation which necessitated a recursive application of L’Hopital’s rule. Consider the Lambert W function which is defined implicitly by the equation

that is, is the inverse of the function . We will only be interested in the principal real branch, which is defined for . Note that

. Also, per Wikipedia, we have

Ok, now the calculation I ran into in my research was:

so our goal is to calculate where the limit goes .

. Starting by applying the chain rule to the derivative of , we have 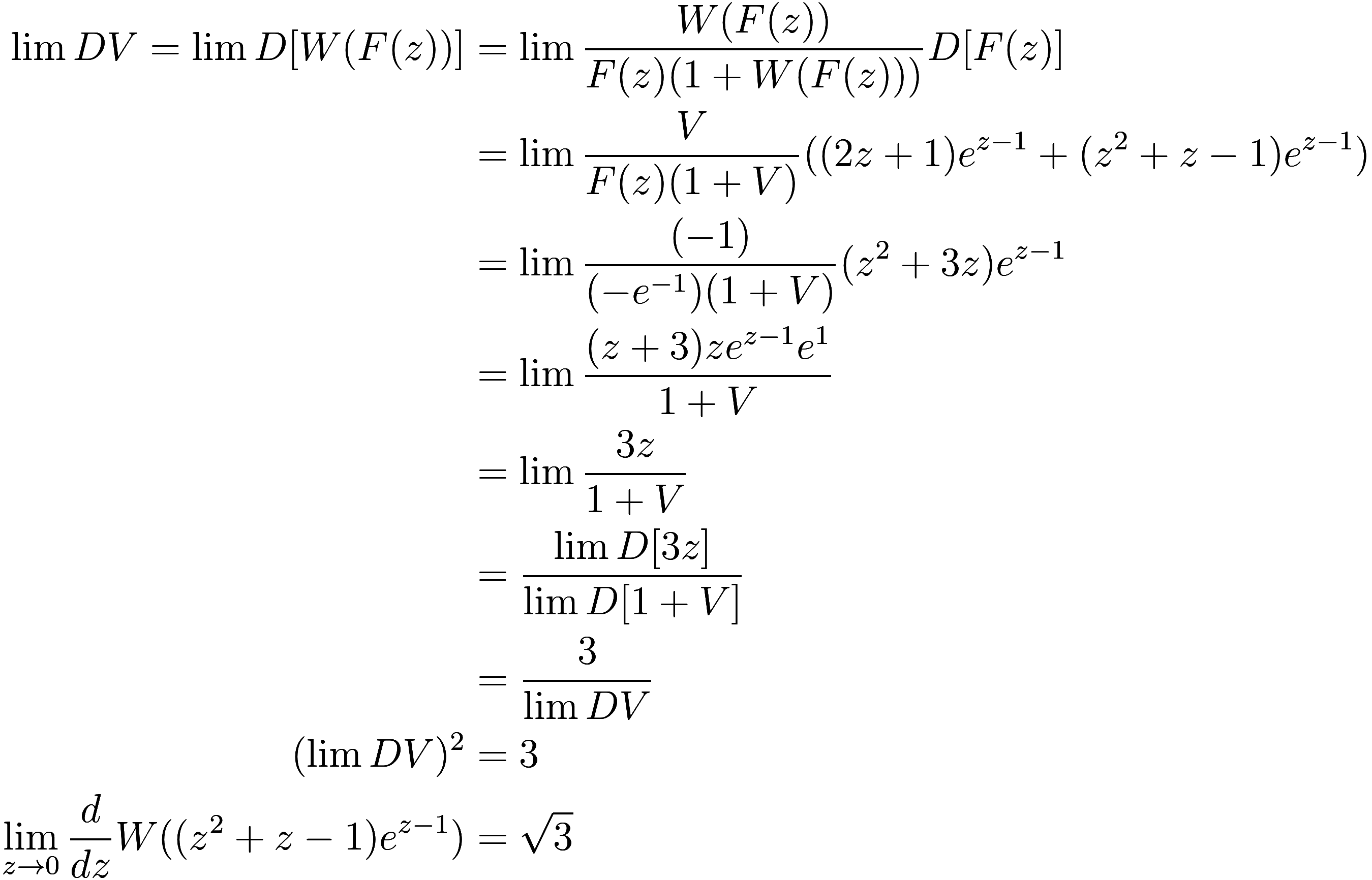 From what initially, as I was first calculating it, looked like it would blow up endlessly, instead comes a surprisingly simple and clean result!

Thanks Harry Altman for identifying a mistake in an earlier draft.